A new study published on May 8 in BJOG: An International Journal of Obstetrics and Gynaecology, shows that women who became pregnant unintentionally are four times more likely to suffer from postpartum depression at twelve months postpartum.

Dr Rebecca Mercier, from the Department of Obstetrics and Gynaecology, University of North Carolina and co-author of the research said: “While many elements may contribute to postpartum depression, the results of this study show that unintended pregnancy resulting in live birth could also be a contributing factor. Simple, low-cost screening interventions to identify women at risk could allow targeted intervention when appropriate”.

I find that when women at risk for PPD come in for therapy during their pregnancy they have less symptoms and a shorter duration of symptoms than if they prolong getting help. The sooner they resolve their feeling about the unplanned pregnancy, the less likely they will experience depression postpartum. 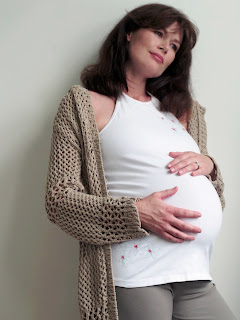 Therapy is useful for resolving issues both during pregnancy and postpartum.

John Hopkins researchers have uncovered specific chemical alterations in two genes that, when present during pregnancy, reliably predict whether a woman will develop postpartum depression. This is a small study but if it can be replicated on a larger scale that would mean great news for pregnant moms. We already ask that doctors screen pregnant women by asking about risk factors such as prior or family history of mood disorders, current stressful situations or relationships but it is much easier (and therefore more likely that doctors have time to do it) if it is added to the standard battery of blood tests doctors already give pregnant women.

If we can more easily identify women who have a high risk for PPD, then we provide the new mom with support and education about effective treatments while she is still pregnant and hopefully get help started immediately following birth to reduce the depression’s severity or length. This will also help normalize the experience (research has shown that 10 – 20% of new moms experience PPD) and women won’t feel that it something that they are doing wrong or feel guilt about not enjoying new motherhood. We mustn’t start viewing PPD as only due to genetics though. We must also recognize the impact stressors i.e. lack of support, loneliness, financial and environmental stress or trauma have on PPD. This is a very small study but the researchers say they hope to move to the next step to collect blood samples from a larger group of pregnant women and follow them for a longer period of time. 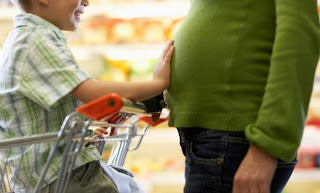 You probably know John Cleese from Monthy Python or Fawlty Towers, he’s a funny man. He has done a documentary on the benefits of laughter yoga. I dare you to watch this and keep a straight face! Maybe we should start this up in at Dr. Sarah Allen Counseling Services here in Northbrook?

When I set up my new website at the end of 2012 I also set up this blog but I have never got around to writing on it. It has been such a difficult thing to start – what to say? Today though I have had a two pieces of really, really good news so […]

It is very easy to forget that holidays are the time to have fun. I think this is especially true for women as they are frequently the ones trying to make everything work out. We have super long To Do Lists and although it feels good to check items off it can also mean […]